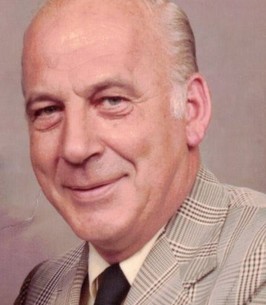 Stanley Stephen Tworig, Jr. passed away on Sunday, May 15 six days after his 92nd birthday. He peacefully left this earth holding tightly to the hands of his children. He was born in Adams, MA on May 9, 1930, a son of the late Stanley S. Tworig, Sr (“Twiggy”) & Bernice (Davis) Tworig. He was raised in Williamstown MA, lived in Cheshire, MA for most of his life, and in his latter years moved to Stamford, VT to live in close proximity to his son Stephen.
Known as “Spike” to friends and family, Stanley attended schools in Williamstown and graduated Williamstown High School in 1949 where he played on Basketball and Golf teams. He was very proud to have won the First Berkshire Couty Interscholastic Golf Tournament. . After high school he attended Becker Jr College where he obtained his Associates Degree in Accounting in 1951. During his younger years he worked, “ lived”, and played at Taconic Golf Club under the guidance of his father, “Twiggy”, the Superintendent of the course. . He married Julia (Molloy) Tworig, “Judy” July 2, 1955 and mourned her passing on March 1, 2002.
He later worked at Sprague Electric Company before his tenure at General Electric , after which he worked for many years at Sheaffer Eaton in Data Processing. He moved on to the field of accounting working at James Hunter Machine Company, and the towns of Dalton and Adams. For a number of years, in addition to his full-time work, he owned and operated the first and last coin-operated laundromat in Cheshire, “The Washtub”. His best and only employees were his four children and wife.
Stanley was a decorated veteran of the U.S. Army where he served during the Korean War. He was an avid, talented, though impatient golfer, often playing in tournaments as a foursome with his siblings and father. He was a communicant of St. Mary’s of the Assumption church in Cheshire where he was a proud member (and last living) of the committee that built the new parish. He served as a Lector there for many years
His family was his life and he ensured they experienced the Eastern Coast in the trusty Coleman Pop-Up Camper, creating fond memories and much laughter. He was also an independent tax practitioner, was a member and past president of the Cheshire Lion’s Club, and played in numerous golf leagues throughout the years. He served as an Assessor for the town of Cheshire from 1957 to 1963. His nieces and nephews have the most wonderful recollections of the picnics and gatherings at the Tworig homestead on Richmond Street in Cheshire. It was there that he perfected his famous potato salad recipe, and the spaghetti sauce and meatballs that cannot be replicated. He, of course, was an avid Boston Red Sox fan, and a frequent attendee throughout the years. And when baseball season ended he cheered for his New England Patriots, "happy to see them win The Super Bowl" in 2019.
Stanley leaves behind his children; Susan Tworig Cross (Corky) of Adams, James Tworig of Cheshire, and John Tworig from Delaware. “Pops” also left behind beloved grandchildren that brought him years of enjoyment and pride; Walter Pecor, Wesley Pecor III(Amy), Stephen Tworig, IV, Justyn Tworig (Jen), Conner Tworig (Kasha), Brandon Tworig, Joshua Tworig, and Katelyn Tworig. And just when life got a little boring, along came the loves of his life in the form of his great grandchildren, Julianna Chappell Pecor, and Cole John Pecor. He was excitedly anticipating the arrival of additional great grandchildren later this year. He also leaves his sister in law, Rosalie Tworig widow of his brother Richard; the widow of his son Stephen, Pamela; and former spouses of his sons Kimberly and Rebecca; along with nieces, nephews, and cousins. He is predeceased by his son Stanley Stephen “Steve” Tworig III, Brothers Richard “Dick Tworig (Rosalie), Robert Tworig, Irene McHarg (Mac), Dorothy Lamont(Jim), Shirley Tworig, and Joan Jzyck(Ted).

FUNERAL NOTICE: A liturgy of Christian Burial for Stanley Tworig Jr. will be on Saturday, May 28, 2022 at 10:00 AM at St. Mary's Church in Cheshire, MA. Calling hours will be on Saturday from 9-10 AM at the church. Burial will follow in Southview Cemetery. Donations may be made to Popcares through the Flynn & Dagnoli Funeral Home - CENTRAL CHAPEL 74 Marshall St. North Adams, MA 01247.