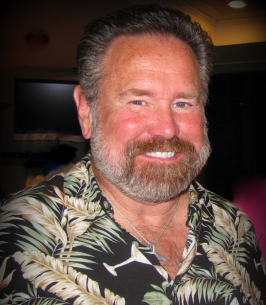 Jan Erik Coldiron, 75 of North Adams, MA died on the morning of April 26, 2022 after a short and courageous battle with cancer. Jan was born on January 7, 1947 in Brooklyn, NY. He was educated and lived abroad with his military family in New York, New Hampshire, Colorado, California and England. Jan served in the Air Force and was a Veteran of the Vietnam War. He worked for Clarke-Aiken for many years and then at Crane Paper Company as a machinist which required him to travel extensively. In retirement, he worked part time at North Adams hospital as a security guard and at the River Street Package store in North Adams.

Jan loved so many people and so many things, he could befriend anybody. Those lucky enough to know Jan will never forget him. He was an avid deep sea fisherman and enjoyed many trips from Newburyport and on the occasion that he might not out-fish everyone else on the charter, he'd at least have them all cracking up with his good natured humor. Over the years he collected lures and great memories of many successful trips. He was an avid motorcyclist, owning several different bikes while rolling over countless miles of Tri-State area roads, showing up like the breeze for visits to old friends. He was always willing to lend a hand and enjoyed creating and building anything that involved an engine and movement. He loved all animals and had a way of collecting many throughout his lifetime, all of them very lucky for that. His wry smile from the middle of a plentiful auburn beard was never far away and the memory of his voice will always carry on the oceans' breeze. He will be forever and sadly missed.

There will be a graveside military ceremony on Saturday, June 18, 2022, at 10:30 AM at the 605 Main Street, Eastlawn Cemetery, Williamstown, MA. Donations can be made to Animal Dreams, 214 Barker Rd Pittsfield, MA. To add to the Book of Memories, please visit www.flynndagnolifuneralhomes.com.