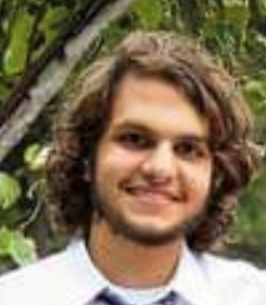 William “Billy” Bohmer George passed away Thursday, May 19th. He was born in North Adams, MA on January 13, 1993 to Fredric L George and Kathleen Bohmer George. Billy was known for his unique sense of humor. He knew how to get people laughing so hard it would bring tears. He often joined in these “laugh cries” as he retold stories that he always made better with a little elaboration and droll. He excelled at pranking family members, but was also amused to be the subject of others pranking. You could never walk in front of his parked car without him laying on the horn to scare you out of your wits. While he could find humor in any situation, Billy understood the depth and range of his life while he was here. He wrote short essays and poems while majoring in English at MCLA. His writing told stories of nostalgia and seeking truth. He used writing as a way to articulate his emotions, that at times were difficult to face.
Billy had a great love for food and cooking. His love of cooking began while working as a line cook at Mezze. He enjoyed learning about “nose to tail” cooking and how to make the most use of an animal and all ingredients. Billy often cooked Lebanese food for, and with his family. While he never mastered the perfect wrap on a stuffed grape leaf, he was a master at tabouli , always knowing that there is no such thing as too much lemon.
Billy was a creative soul. Aside from writing and cooking, he enjoyed playing guitar. He listened to many different types of music for inspiration and wrote music himself as well. He had a collection of string instruments ranging from a ukulele to a banjo, all of which he dabbled in.

Billy struggled with addiction and mental illness since he was a child. He chose to end his own life. Our hearts are broken to see a life only half lived, a life where there was struggle. We know however, that he is no longer in pain, and is now part of the harmony of life, rather than the dissonance. Billy is part of the way things come together perfectly in nature, so that life can continue. Nothing ever ends, only changes from.
He is survived by his mother, Kathleen George, sisters Sarah George and Kira Guidon all of Williamstown, sister, Christina Guidon- Lane of Charleston, SC. Nephew, Cade Morrell and niece, Rowan Holland. He was predeceased by his father, Fredric George, grandparents Fred and Helen George and William and Joan Bohmer.
Calling hours at Flynn Dagnoli Funeral Home, WEST CHAPELS, 521 West Main St. North Adams, MA will be Thursday, May 26 from 5 to 7pm.
In lieu of flowers, donations in Billy’s memory may be made to the Berkshire School of Music or the Berkshire Humane Society . To add to the Book of Memories, please visit www.flynndagnolifuneralhomes.com.