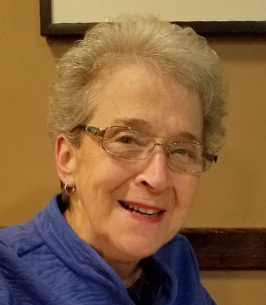 Shirley Ann (Deneault) Garner passed away quietly at home after a lengthy illness on Wednesday, May 25, 2022. She was 82 years old. Born September 22, 1939 in North Adams, MA, she was the loving daughter of Yvonne and Henry Deneault. She is predeceased by her husband of 48 years, former North Adams Fire Director William G. Garner in 2007, and her brother, Henry G. Deneault in 2017.
Shirley was raised in North Adams and attended local schools. She worked for Crane & Co., was a cafeteria manager for K-Mart and worked the cafeteria in the North Adams School System. While her work was fulfilling, her favorite roles were as a mother and homemaker. She enjoyed family gatherings, doting over her children and grandchildren, and being regaled by her sons with their comedic outlook on life. She gave much of herself to others. Her sons often commented that “Mom hasn’t had a hot meal in over 40 years!”. Her favorite activities were lovingly tending to her flower gardens and landscaping improvements.
Shirley leaves behind four sons and their wives: Russell & Rhea Garner in Seattle, WA, Scott & Betty Garner in Fort Wayne, IN, Gerald & Donna Garner in Cheshire, MA, and Eric & Amy Garner in Williamstown, MA. She also leaves seven grandchildren: Molly, Zachery, Ian, Alyssa, Evan, Brittaney and Aubrey, as well as two great-grandchildren: Farrah and Kevaeh.
Shirley will be laid to rest in a brief ceremony at Southview Cemetery at 10 a.m. on June 1, 2022. In lieu of flowers, memorial donations can be made to the Massachusetts branch of the American Cancer Society in care of FLYNN & DAGNOLI-MONTAGNA HOME FOR FUNERALS CENTRAL CHAPEL, 74 Marshall St. North Adams, MA 01247. To add to the Book of Memories, please visit www.flynndagnolifuneralhomes.com.