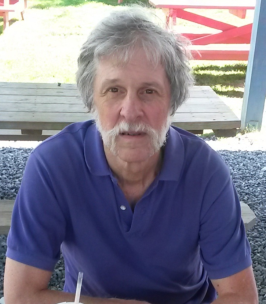 Beloved husband, father, and grandpa, Albert Donnel "Don" Hyers, 77, of North Adams passed away peacefully on June 15th after a brief fight with cancer. Born in Washington, D.C. and raised in the suburbs of Chicago, Don developed a passion for weather, rocks and landforms and earned his Ph.D. in geography from Arizona State University. After stints at universities around the country, he settled in North Adams to raise his family. He just retired as a professor emeritus of environmental studies at Massachusetts College of Liberal Arts after 34 years of service.

Don met his wife Peggy at ASU and together they raised their two children Eric and Anne to love national parks, mountains, exploring new places and treating everyone with compassion. He made it to every sporting event and professional milestone in his kids’ lives—no matter how long a drive. And he was able to meet his new grandson Nolan, to whom he gave the best, most smile-inducing head-rubs. An avid Chicago sports fan, Don got to see his Cubs win the World Series in 2016.

Don’s was an example of a life well-lived. He helped educate thousands of young people and was committed to preserving our planet and open spaces. He loved photography, documenting everything from glaciers, to rock outcrops to family moments. He was a kind and loving husband whose marriage to Peggy was a true partnership. He will be greatly missed.

A celebration of life will be held later this summer, on August 6 at 1:00 in the First Congregational Church of North Adams. In lieu of flowers, a donation can be made in Don’s name to the National Park Foundation at www.nationalparks.org/support.