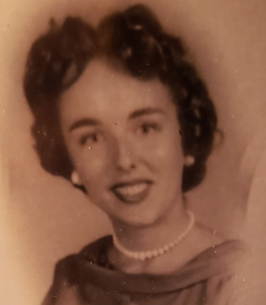 Barbara Maria Brunzell (Hall) Garner died peacefully with family by her side on June 22, 2022. She was 83.
She is survived by her beloved husband George M. Garner of Wells, VT; son Kenneth Hall and wife Joanne of Rockland, MA; daughter Karen Hall and her life partner Jim Gameros of Gray, ME; daughter Michele Hall of Union, KY; stepchildren Kevin Garner of North Adams, MA, Jill Holden of Troutman, NC, Jake Garner of Leland, NC, and Dickilyn MacKinnon of Pittsfield, MA; sisters-in-law Pat Picard and Cheryl Garner of Williamstown, MA, and Marilyn Daub of North Adams; many grand- and great-grandchildren, and her beloved dog, Sparky. She was pre-deceased by her first husband, Clinton L. Hall.
Barbara's story began in Stamford, CT, on May 29, 1939 where she was the firstborn to immigrant parents, Susan Bordwin Brunzell of Clarenceville, Canada and Paul Brunzell of Sweden. Her early years were a testament to her strength and resilience as she lived in poverty while her parents struggled in factory work and she cared for both her brother, Kenneth, and her father after each became ill and died quite young. At age 15, she met George Garner, her first love, and, both instantly besotted, they became engaged as teenagers. George joined the service, served in Korea, and on his return wanted to marry her and carry her off to wherever the Marines would station him next. She panicked, and this small-town girl returned his ring.
At age 21 she married her next love, Clinton Hall of North Adams, and raised their three children in Rockland, MA. She was a second mother to many of the neighborhood children: the Huggins Road Gang remember fondly the neighborhood plays, backyard Olympics, carnivals, and parades she organized, as well as her open door policy, where kids could find comfort, a cookie, or a world of art and imagination in her home. She volunteered for many years for the Rockland Art Association among other community services and paid work.
In 1985, she and Clinton moved to Claremont, NH, where she worked in real estate and helped develop the first MLS system, teaching herself how to use a computer and the internet. During her Claremont years, she was a long-time home caretaker to her mother who'd been paralyzed by a stroke, and then her husband, who was left disabled after a terrible infection damaged his spine. Despite her burdens, she continued to work, and to volunteer as a friend of the Fiske Free Library. She ended her varied work history as a Dartmouth-Hitchcock medical secretary, where she was much-loved and missed terribly on retirement. Her life came full circle when she married George Garner, her first love, in 2010 at age 71 in Wells, VT. On her wedding day, George's mother, then 91, said, "Took you two long enough!" The couple spent the next twelve years enjoying shared family and friends. She joined the American Legion Post #39 Ladies Auxiliary and became a friend to the Wells Library. Their time together was, as George explained, "Much, much too short." Barbara was his darling girl, always.
Barbara's life was not without its troubles and a few deep regrets, but in balance she felt she'd lived "a good life." She was brilliant, an avid reader, a painter, a writer, a maker of all things knitted and crafted, and a wonderful baker. She loved to sing, play guitar, and laugh, and she left behind family and community that will miss her terribly. She loved her little dog Sparky, who mourns her now.
A celebration of her life will be held on Friday July 8, 2022 at 11:00 a.m. at the family plot in Southview Cemetery, North Adams, MA. To add to the Book of Memories, please visit flynndagnolifuneralhomes.com.