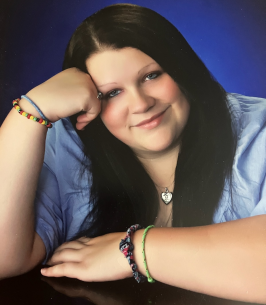 Karissa Ashley Weeden, 31 of North Adams died on Saturday August 6, 2022 in New Hampshire.
Karissa was born in North Adams on April 2, 1991 a daughter of Theresa (King) Cooper and the late John Weeden.
Karissa attended local schools and graduated from Drury High School with the class of 2009. She then graduated from the McCann Technical High School Licensed Practical Nursing Program. She was employed for several area nursing homes, but her heart was always with the years she provided loving nursing care to the patients at North Adams Commons. She was a devoted mother, daughter, and friend. She touched the hearts and lives of many, both personally and professionally.
Karissa leaves her beloved son, Benjiman Malinowski and his father Sam Malinowski of North Adams as well as her mother, Theresa Cooper and her partner Milton Spencer of North Adams, her sister Emi Jean Sherman, of North Adams, stepdad Edward Cooper of North Adams and her grandparents, Linda and Chuck Stevenson of Adams. She also leaves her son’s half-sister Addison Malinowski, several aunts, uncles, cousins, nieces and nephews, and her small yet ever so loyal circle of friends. .

FUNERAL NOTICE: A service to celebrate the life of Karissa Weeden will be take Tuesday August 16, 2022 at 3:30 p.m. at the Flynn & Dagnoli Funeral Home, Central Chapel, 74 Marshall St. North Adams, MA. Calling hours on Tuesday August 16, 2022 are from 1:00 p.m. to 3:30 p.m. Memorial donations are suggested for the Benjiman Malinowski Fund through the funeral home. To add to the Book of Memories, please visit flynndagnolifuneralhomes.com.