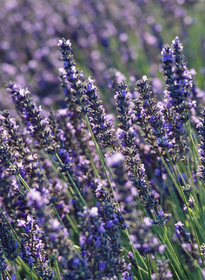 Memorial Candles Lit for Steven | SEE ALL
Click to Light a Memorial Candle for Your Loved One
"We are honored to provide this Book of Memories to the family."
— Flynn & Dagnoli Funeral Home
Send
Flowers Service Details
& Obituary View
Tributes Leave a
Condolence Light
a Candle More


Steven Michael Fortier, 49, of North Adams, MA passed away on Friday, July 20, 2018 from injuries sustained in a motorcycle accident. He was born in Pittsfield, MA on May 20, 1969 a son of the late Leo J. and Elaine (Decker) Fortier.
He was raised in Adams, MA and graduated from Hoosac Valley Regional High School in 1987. He was employed by Ashley Swift and Sons, Inc., as well as Adams Plumbing and Heating, Inc. He was a plumber by trade, and later became self-employed.
He is survived by his two daughters Marina and Christina Fortier, and their mother, Jacquelyn Daniels of Cheshire, MA; one son Steven Michael Fortier Jr., and his mother, Shelley DeMyer of Adams, MA; uncle Robert Decker and his wife, Christine of North Adams; as well as many cousins and friends. He was predeceased by his mother and father; and his uncle John Decker.

FUNERAL NOTICE: There will be no calling hours. He is to be cremated and burial will take place at a later date. Donations in his memory may be made in the name of his daughters for their college funds, Marina and Christina Fortier, at 891 North State Rd., Cheshire, MA 01225; or donations in his memory may be made to his son, Steven Michael Fortier Jr., through the Flynn & Dagnoli Funeral Home, 74 Marshall St., North Adams, MA 01247. To add to the Book of Memories, please visit www.flynndagnolifuneralhomes.com