To share your memory on the wall of Ernest Morocco, sign in using one of the following options:

FUNERAL NOTICE: A Liturgy of Christian Burial for John Morocco will be celebrated Thursday October 3, 2019 at 11:00 AM at St. Elizabeth of Hungary Church. Burial will follow in Southview cemetery. Calling hours at FLYNN & DAGNOLI-MONTAGNA HOME FOR FUNERALS, WEST CHAPELS, 521 West Main St. North Adams, MA are Wednesday from 4-8 PM. Memorial donations may be made to the Berkshire Humane Society in care of the funeral home. To add to the Book of Memories, please visit www.flynndagnolifuneralhomes.com.
Read Less

To send flowers to the family or plant a tree in memory of Ernest John Morocco Jr., please visit our Heartfelt Sympathies Store.

We encourage you to share your most beloved memories of Ernest here, so that the family and other loved ones can always see it. You can upload cherished photographs, or share your favorite stories, and can even comment on those shared by others.

Posted Oct 11, 2019 at 05:30pm
I am so sorry for the loss of your husband Sue. John was such a pleasure to know I enjoyed being his stylist. My love and prayers to you and your family.
Comment Share
Share via:
JS

Jason and Karen Singletary purchased the The FTD Comfort Planter for the family of Ernest Morocco. Send Flowers

Flowers were purchased for the family of Ernest Morocco. Send Flowers

Flowers were purchased for the family of Ernest Morocco. Send Flowers

Posted Oct 01, 2019 at 08:05am
Dear Sue and Family, I can't tell you how shocked and saddened when I learned of John's death in the paper Sunday. He was a great man and a great friend to me. We were always happy to run into each other, mostly last year. He helped me through tough times after my marriage ended - it was hard as he was one of the groomsmen in the wedding so knew us both well. Luckily I think we all moved on to happier times. He was a great man and know he was devoted to all of you. I do not think I am able to make any of the services so that is the reason for this note. Will be thinking of you and your family in the next few days. My best. Judy (Bissaillon) Condron.
Comment Share
Share via: 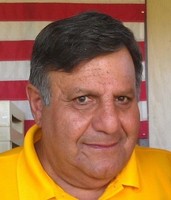