To share your memory on the wall of Michael Tatro, sign in using one of the following options:

FUNERAL NOTICE: A Liturgy of Christian Burial for Michael Tatro will be celebrated Friday November 22, 2019 at 10:00 AM at St. Joachim's Church in Readsboro. Burial will follow in Millard Cemetery in Stamford. Calling hours at FLYNN & DAGNOLI-MONTAGNA HOME FOR FUNERALS WEST CHAPELS, 521 West Main St. North Adams, MA are Thursday from 4-7 PM. Memorial donations may be made to the American Diabetes Association in care of the funeral home. To add to the Book of Memories, please visit www.flynndagnolifuneralhomes.com.
Read Less

To send flowers to the family or plant a tree in memory of Michael Stanley Tatro, please visit our Heartfelt Sympathies Store.

We encourage you to share your most beloved memories of Michael here, so that the family and other loved ones can always see it. You can upload cherished photographs, or share your favorite stories, and can even comment on those shared by others.

Richard, Anne, & Rick Pouliot, Phyllis monick, and other have sent flowers to the family of Michael Stanley Tatro.
Show you care by sending flowers

Posted Nov 24, 2019 at 10:50pm
Our deepest sympathy to the Tatro and Oleson families on the passing of Mike, He was a wonderful person and he will truly be missed.
Comment Share
Share via:
RP

Posted Nov 21, 2019 at 02:19pm
Your family means so much to all of us at the Windjammer. We are so sad for your loss! Our thoughts and prayers are with you every day! God Bless!

Posted Nov 20, 2019 at 06:54am
To the Tatro Family, With heartfelt condolences, Love Gregory & Phyllis Monick And Family

Phyllis monick purchased the The FTD Comfort Planter and planted a memorial tree for the family of Michael Tatro. Send Flowers

Posted Nov 20, 2019 at 06:28am
Please accept our most heartfelt sympathies for your loss... Our thoughts are with you and your family during this difficult time.

Posted Nov 19, 2019 at 01:32pm
Janie and Family-- you are in my thoughts. Sending thoughts of comfort during this difficult time.

Lisa Faris-Dubis purchased the The FTD Comfort Planter for the family of Michael Tatro. Send Flowers 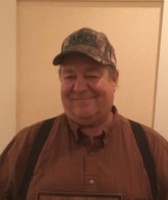