To share your memory on the wall of Franziska Walczak, sign in using one of the following options:

She was born in Innsbruck, Austria on March 28, 1934 daughter of Vincenz and Anna (Meischl) Molling. Franziska grew up during the Naz... Read More
Franziska Romana (Molling) Walczak, 85 of Williamstown, MA died Saturday November 16, 2019 at her home.

She was born in Innsbruck, Austria on March 28, 1934 daughter of Vincenz and Anna (Meischl) Molling. Franziska grew up during the Nazi occupation of Innsbruck and was then sent to live in a convent in Scharnitz from age 8 to 14 where she lived with nuns and taught herself to play the piano. She attended schools in Austria, received a teaching certificate, and became a governess for diplomats in Italy, France, and England where she boarded the Queen Elizabeth for New York City becoming fluent in four languages. Franziska loved hiking and backcountry skiing wherein she would climb up five hours and ski down for ninety minutes.

One day on the summit of Der Patscherkofel during her skiing lunch break from her Radio Tyrol job, she met Naval Hydrographic Geophysicist, James Walczak, whom she married on December 26, 1959. They moved to the Washington, DC area where they laid the foundation for an artistic and intellectual family home with more than a touch of Austrian lifestyle. While raising three kids, she attended classes, studied, and received an associate's degree from Prince George's County Community College in Maryland. Franziska worked as a substitute teacher in the Prince George's County School System for several years. She received recognition from the US National Arboretum Herbarium for her 22 years of volunteer service.

In 2012, Jim and Franziska moved north to Williamstown, MA to build their dream home across the street from their first daughter. Franziska joined St. John’s Episcopal Church and knitted many bandages for lepers with other volunteers there. It was her intention to also volunteer at arts institutions in the area when she began to feel the symptoms of Parkinson’s. In 2016 she suffered a stroke causing dementia and a long challenging period that included hip operations and rehab. Fortunately her family managed to get her to live at home in 2017 where for two and a half years she was able to swim in the family pool, play games, and enjoy frequent family dinners.

FUNERAL NOTICE: Services for Franziska Walczak will be at a later date. To add to the Book of Memories, please visit www.flynndagnolifuneralhomes.com
Read Less

To send flowers to the family or plant a tree in memory of Franziska Romana Walczak (Molling), please visit our Heartfelt Sympathies Store.

Print
Services will be at a later date.

We encourage you to share your most beloved memories of Franziska here, so that the family and other loved ones can always see it. You can upload cherished photographs, or share your favorite stories, and can even comment on those shared by others.

Posted Dec 13, 2019 at 06:51am
I knew Franziska when she was a volunteer in the herbarium at the U.S. National Arboretum where she utilized her many talents to help preserve this world-class collection of plant specimens. Her loyalty, incredible intelligence and genuine love of her work and colleagues--both volunteer and paid staff--endeared her to all and earned her high honors for her work. We were all sad when she "retired" from her volunteer job and moved away; however, we were happy she would be able to be near and be with family. I send you all my sincerest sympathies on the loss of this remarkable woman.
Nancy Luria
U.S. National Arboretum Education and Visitor Services Unit Leader (retired)
Comment Share
Share via:
JT

Posted Nov 24, 2019 at 08:25pm
What amazing photos of her...thank you for posting them. I only knew her in her later years, but what a remarkable woman, who adapted to life in the United States. I can only imagine what life was like for her as a young girl - dramatic, life-changing, and perhaps ultimately strengthening. She is lucky to have had you as a daughter, not to mention your brother and sister, and I smile to think of her in the lovely clean pretty house she and your dad created on Ballou Lane near you. In terms of memories - Christmas 2003! Love Jennifer
Comment Share
Share via:
EL

Posted Nov 23, 2019 at 07:24am
Dear Diana, I have lots of memories of your mom. Ones of coming to the house when I was in a teen. Your mom at the table studying algebra. How the house was filled with yummy smells of her cooking dinner. You and Erica and Gregory practicing the various instruments and the beautiful noise we made. The crafts, like sewing and knitting and all the other things you all were making. The gardening, the hikes, the Volkswagen Beetle and her teaching you to drive (handling the clutch), her comments to us about the various High School antics. The first time we went to a school dance. She did not understand how we could go to a dance and we did not know how to dance, the formal way.She always made you walk the dog. The trips to Georgetown and deals at the thrift store when she found a good leather purse and rehabilitated it. She had fine taste. She was big on a good education and practiced it herself. I still listen to classical music because of her. What a rich household she and your dad created. I never knew her own personal story till you told me later. I appreciate her life and what she dealt with and still carried on. She was an example of a life well lived. What a woman!
Love and many more fond memories
Evelyn
Comment Share
Share via:

Posted Nov 22, 2019 at 05:24pm
I remember Diana sharing the photo of her Mom on the mountainside many years ago. reading Plato. It was more about her love for Edelweiss, than her love of great philosophers... We shared everyones love for the song, but Diana made sure we all understood her Moms loved of the flower. I hope that song plays at her Memorial... Much Love!!
Comment Share
Share via:

If I remember correctly; your Dad took the picture.
JH

Posted Nov 22, 2019 at 10:27am
I met Franziska when she and Jim came to Williamstown. I was in the antique business, and picked up some great treasures from them. Later Franziska enjoyed music that Diana and I were making. Such a sensitive and creative woman.
Comment Share
Share via: 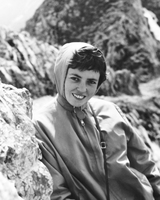 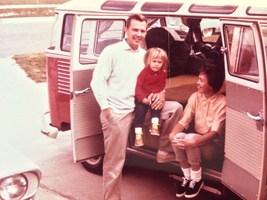 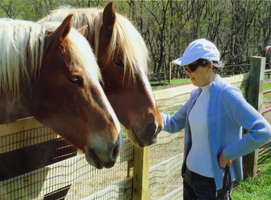 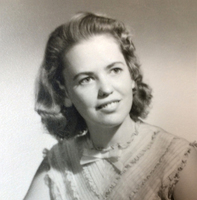