To share your memory on the wall of Andrew Assante, sign in using one of the following options:

Provide comfort for the family of Andrew Assante with a meaningful gesture of sympathy.

FUNERAL NOTICE: The funeral for Andrew Assante will be Saturday November 23, 2019 at 4:00 PM at FLYNN & DAGNOLI-MONTAGNA HOME FOR FUNERALS WEST CHAPELS, 521 West Main St. North Adams, MA. Burial will be private. Calling hours at the funeral home are Saturday afternoon from 2-4 PM. Memorial donations may be made to the Alzheimer's Association in care of the funeral home. To add to the Book of Memories, please visit www.flynndagnolifuneralhomes.com.
Read Less

To send flowers to the family or plant a tree in memory of Andrew Assante, please visit our Heartfelt Sympathies Store.

We encourage you to share your most beloved memories of Andrew here, so that the family and other loved ones can always see it. You can upload cherished photographs, or share your favorite stories, and can even comment on those shared by others.

Lots of Love, The Entire Wood Family sent flowers to the family of Andrew Assante.
Show you care by sending flowers

Posted Nov 20, 2019 at 05:01pm
Dear, John, Gail, Lee, Tracy & Family, We are thinking of you during this very sad time and remembering lots of fond memories we all had together.

Lots of Love, The Entire Wood Family purchased the The FTD Living Spirit Dishgarden for the family of Andrew Assante. Send Flowers 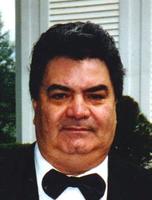