To share your memory on the wall of Remo Del Gallo, sign in using one of the following options:

To send flowers to the family or plant a tree in memory of Remo Del Gallo, please visit our Heartfelt Sympathies Store.

We encourage you to share your most beloved memories of Remo here, so that the family and other loved ones can always see it. You can upload cherished photographs, or share your favorite stories, and can even comment on those shared by others.

Posted Sep 07, 2020 at 07:23pm
Visits to Pittsfield always included many Lunches at Del Gallo's; sometimes accompanied by night Story telling sessions prior to closing time. Favorites were the Pepper/Egg sandwich ,Pasta and Beans (Fagioli) ,with fresh bread/butter. Last visited with Remo was summer of 2019 and we are happy for that.
Mario and Linda Marchisio, California
Comment Share
Share via: 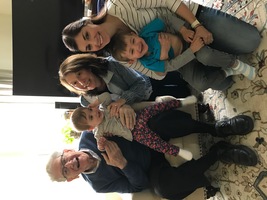 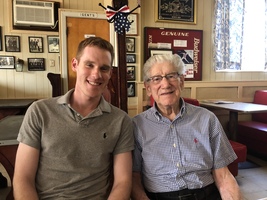