To share your memory on the wall of Florence Dunn, sign in using one of the following options:

To send flowers to the family or plant a tree in memory of Florence Alice "Flossie" Dunn, please visit our Heartfelt Sympathies Store.

Print
A memorial service will be at a later date. PLEASE OMIT FLOWERS

We encourage you to share your most beloved memories of Florence here, so that the family and other loved ones can always see it. You can upload cherished photographs, or share your favorite stories, and can even comment on those shared by others.

Posted Nov 19, 2020 at 03:11pm
In addition to being a talented musician, singer, director, and teacher, Flossie was a wonderful raconteur. She had a million stories of growing up in Williamstown, interactions, travels, concerts, the history of songs and compositions, things she'd observed. One of my favorites is below:

When Flossie was first teaching in Brookline she earned extra money on Saturdays by accompanying the lessons of Marie Sundelius, a renowned voice teacher at the New England Conservatory.

One of Sundelius’ students had transferred into NEC from Antioch College and was quite a talented soprano. She was just five or so years younger than Flossie. By the assessment of the teacher, she was destined to be a professional classical singer.

One Saturday morning in March 1953, the young woman showed up for her lesson proudly wearing a small, diamond engagement ring. The young man she had been dating for the past year, a graduate student in theology at Boston University, had proposed to her the night before.

Sundelius expressed enthusiasm, but Flossie believed that she was disappointed. “Well, you’ll have a lot of responsibilities as a minister’s wife.” the teacher observed.

The student was Coretta Scott.

Posted Nov 17, 2020 at 01:03pm
I became acquainted with Flossie because she was a dear friend of my Uncle Don Maher's. They had met when they were both attending the NE Conservatory, and she and Don spoke on the phone every Sunday afternoon for many years. Unfortunately, Don passed away in 2017. When I was a student at NEC in the 50s, Flossie became my friend too, and was something of a mentor to me. I will always remember her sunny disposition and of course, the hats. 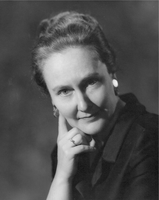 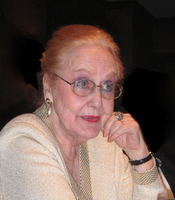